During its first few years, HAMP has been widely criticized for only reaching a small segment of the troubled housing market. Unfortunately, with HAMP being a government program, it was designed to help only a limited number of people, who had “not abused the system”, and understandably so. According to statistics published by the U.S. Treasury, (www.treasury.gov), only about 15% of HAMP applicants will qualify!

Thereafter, a majority of those homeowners that did qualify, will find themselves in default again within the following year, due to inadequate modifications which excluded the “principal forbearance” element. Frankly, the program was never intended to assist every homeowner, and as the US economy has worsened, the need for homeowner assistance has only grown.

However, since June, 2012, the guidelines for HAMP have changed dramatically. The biggest failing of HAMP was the “principal forbearance” element, which banks simply ignored. The new program guidelines, however, offer three times the incentives previously available to investors for principal reductions. Since that time, principal reductions have increased dramatically in both frequency and size, according to statistics published by the U.S. Treasury. As lenders receive monetary incentives for enrolling a homeowner in HAMP, banks will be trying harder than ever before to help borrowers qualify for HAMP.

So, does this change how I apply, and do I have to apply for each one separately?

In almost all cases, no. The typical application process requires you to supply detailed financial and other information to your lender/servicer and they will first see if you qualify for HAMP. If not, they will consider your application for any of the other proprietary programs they offer. Each lender has their own programs and guidelines, and knowing the program guidelines before you apply is very important. If you do not correctly portray your situation to your lender the first time, you may hurt your chances of getting a loan modification both now, and in the future. This is precisely why MRP strongly advocates attorney representation for all mortgage mitigation matters! An experienced mortgage mitigation attorney already understands the program guidelines and can present your case in a manner which will give you the greatest chance of qualifying. They can also deploy legal strategies when appropriate during the negotiation process. 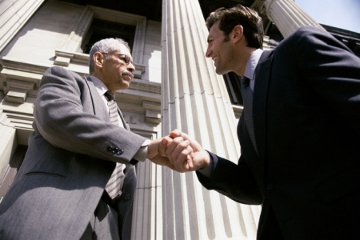