NEW YORK, Nov 28 (Reuters) - The number of new foreclosure cases filed in New York state courts in 2012 is expected to rise, although it will still fall short of the record set during a peak in 2009 and 2010, according to a new report.

From January through September, 16,565 new foreclosure cases were filed, and the total is projected to reach roughly 24,000 by the end of 2012. That is a 43 percent increase from 2011, Chief Administrative Judge A. Gail Prudenti wrote in a mandatory annual report on foreclosure cases submitted to state lawmakers.

One possible factor behind the drop-off since 2010 is an administrative order issued that year by Chief Judge Jonathan Lippman to combat “robo-signing” — when bank officers would sign off on a high number of foreclosure filings in a short amount of time, raising concerns about possible errors, the report said.

Lippman’s order requires a party that initiates a foreclosure action to file an affirmation certifying the accuracy of supporting court documents. “It appears that some banks have had difficulty complying with the affirmation requirements,” the report stated.

In addition, according to the report, the number of settlement conferences in these foreclosure cases remains high. It projects that 77,000 conferences will be held during 2012, up from an estimated 80,000 in 2011. 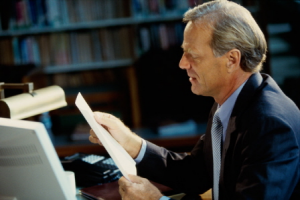 Meanwhile, the number of defendants appearing with lawyers at foreclosure settlement conferences has jumped to 51 percent, from 33 percent in 2011, the report said.

Despite a general decline since the 2009-10 peak, New York courts are far from done with the foreclosure crisis, said Judge Judy Harris Kluger, chief of policy and planning for the New York Unified Court System.

Since the housing bubble burst nearly five years ago, foreclosures have flooded the courts. Given the economic climate, that is likely to continue, she said.

“Hopefully, with court involvement in conferences, we can help homeowners stay in their homes,” Kluger said.

IMPORTANT : PLEASE READ * * * Mortgage Relief Project is a consumer advocacy outreach that provides homeowners with valuable news and resources. We also provide homeowners with access to established and experienced nationwide attorney representation for foreclosure defense, loan modification, and comprehensive mortgage representation. Mortgage Relief Project is a privately sponsored consumer outreach. We do not give legal advice or accept payments from consumers for services. * * * WE ARE NOT A GOVERNMENT AGENCY, OR AFFILIATED WITH ANY GOVERNMENT AGENCY OR PROGRAMS. * * *